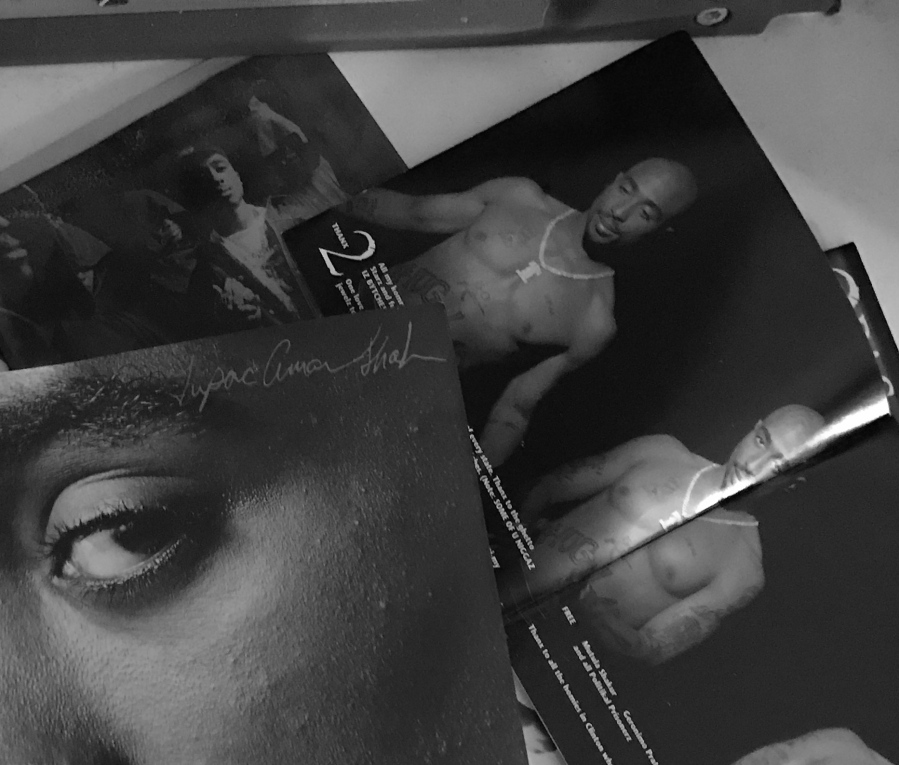 One year after Tupac’s debut album, Los Angeles was forever changed. In 1992, the City of Angels witnessed the revolution Shakur warned about as the weeklong riots devastated the city. It was an uprising of a people fed up with their local police department and the governmental structures designed to protect that department instead of the people.

Perhaps appropriately, we did not get a Tupac album in 1992. The O.J. Simpson trial, the L.A. riots, and their aftermath all happened with 2Pacalypse Now as the city’s soundtrack. That tumultuous year helped to make Strictly 4 My N.I.G.G.A.Z. a long-awaited sophomore album when it hit stores in February 1993.

Strictly 4 My N.I.G.G.A.Z. is a personal album. Shakur takes direct aim in his attacks rather than directing them at the system as a whole. Vice President Dan Quayle is at the receiving end of Shakur’s vitriol throughout the record. Like most politicians in the early days of rap, Quayle mistook reporting and recounting street stories for glorification of a violent lifestyle. Pac’s lyrics came from growing up in circumstances created by others under the watch of our governing bodies.

In the interlude “Pac’s Theme,” the only lyrics are, “I was raised in this society so there’s no way you can expect me to be a perfect person.” Intertwined with these words we hear Quayle’s original condemning words of 2Pacalypse Now. Without any real experiences in less-than-affluent neighborhoods, Vice President Quayle organized his thoughts based solely on excerpts of violent lyrics provided by some staffer. He had no insight into the plight and struggles of the people Shakur channeled.

Strictly 4 My N.I.G.G.A.Z. gives us a more personal look at the person behind the microphone. The album connects with society and includes stories of loss and misery in the ghetto but it also begins to paint the picture of 2Pac the person.

The most touching track comes at the tail end of the album. “Papa’z Song” breaks down the reality of growing up without fathers or male role models, “Had to play catch by myself, what a sorry sight. A pitiful plight, so I pray for a starry night. Please send me a pops before puberty. The things I wouldn’t do to see a piece of family unity.” Like the feelings of the average boy in the same position, the song shifts between feelings of guilt, anger, and sorrow. It marks the first time Shakur allowed his fans to see some of his personal scars.

It is in 1993 that we are introduced to Tupac the teacher. Where 2Pacalypse Now wanted government to change or face a revolution, this album urges the people to stand up to those in power through education and knowledge. In “Last Words” Shakur manifests, “One nigga teach two niggas. Three teach four niggas. And them niggas teach more niggas.” The statement uses the most controversial word in the English language with what seems like utter disregard. In fact, the statement takes back the power of the word to create an impact on his listeners and evoke emotion and change.

This album also marks the first pair of 2Pac singles to make a significant impact on popular music. At a time when rap faced a backlash for lyrics offensive to women, Shakur presents a new side with “Keep Ya Head Up.” The song encourages men to treat women with the respect they deserve. It quickly became an anthem for women in our society and raised the enigma of Shakur to a new level.

On the other side of the spectrum, we have “I Get Around.” The track is a reunion of Tupac and Digital Underground. Shock G and Money-B each provide a verse to the song with Pac’s two verses as the bookends. Where “Keep Ya Head Up” asked that we respect women, each rapper in this song boasts of sexual triumphs and asserts they don’t intend on settling down with one woman.

The two singles stand as paradoxes and serve to humanize Tupac. In fact, this is what sets the album apart from Shakur’s previous endeavor. 2Pacalypse Now presented us with one message but this second endeavor gives us a glimpse of the complicated psyche of the man. We hear multiple beliefs, thoughts, and actions from the same person. 2Pacalypse Now was a strong introduction to a revolutionary voice. Strictly 4 My N.I.G.G.A.Z. presents the complex, wounded, flawed, real person behind that voice.

As a kid, Pioneer Chicken was in walking distance, on the corner of Sunset and Echo Park. When I first moved to EP, we would go grocery shopping at the Guadalupana and Pioneer Market. Right next to the market was Pioneer Chicken. We didn’t have it all the time but it was golden fried goodness when we did.
Griffith Observatory with the Los Angeles skyline in the L.A. smaze. #losangeles #toliveanddieinla #hiking
I had been trying to figure out what image of Tommy Lasorda to use and I settled on this one because it best exemplifies who he was to us. When Tommy spoke, Dodger fans listened. When he told the world he bled Dodger blue, you believed that it was somehow possible. Thanks for the memories, Tommy. @lapubliclibrary
Angelenos like to be outside. We hike, shop, attend sporting events and concerts, and often just drive or walk around the city. All this had to be set aside for the greater good in 2020 and the year became one we will tell future generations about for years. But in the last months three events made Angelenos ignore the rules and take to the streets.
Christmas weekend hike with @losangeleslight — woke up early and drove down to Griffith to do the Fern Dell Trail to the @griffithobservatory. Got there just before the crowds. #hike #hiking #view #stressrelief
December Reading: The Historic Core of Los Angeles — December comes and goes quickly. There’s lots to do at work, shopping and gatherings (not this year), and all-around year-end fatigue (especially this year). Instead of taking on something demanding, I opted for some light reading. This is a photography book showing the core of downtown L.A. in images. I’ve always had a soft spot in my heart for the old Red Cars of Los Angeles and they are in almost every photo in this book. There is also a certain sorrow that comes from seeing the images of pre-30’s ornate buildings that were works of art and looking out to see cranes everywhere in downtown replacing history with glass skyscrapers and luxury apartments made for the few.